Skip to content
Online Products (Except Bed & Sofa) Available for instore pick-up at Bengaluru & Thane with Special discount
Use FLAT10 Coupon Get Extra 10% OFF on orders above Rs.1500/-
Sale Ends in
FREE STUDY LAMP on Orders above Rs.3000 /-

July 29, 2016
In blogspot 0 comment
Saanvi Bankapur is a very lucky girl. She is all of 4 years old and like every girl of her age, loves to play with her collection of dolls along with her friend next door. However, as is the problem with most urban living, allowing the little ones with a space of their own is quite a fanciful thinking for lot of parents.
Not so for Mr. Sachin -  Saanvi’s father; and that’s why we called her a lucky little girl 

Sachin lives in a 3 Bedroom apartment in Whitefield with his 4 member family. While Saanvi is too young to have her own bedroom yet, Sachin had converted one of his smaller bedrooms into a guest room. However, he also had other plans for this guest room.

He decided that since the guest room will only be occupied when he is hosting guests, the rest of the time when it is mostly vacant it can very well double up as his daughter’s playroom. So once he made up his mind on this, he now had to give her daughter enough space in the room to play which wouldn’t be possible with a bulky bed and other traditional furniture.

As they say, “If you can think of it, you can have it.” And so, InvisibleBed happened to him.

Saluting Mr. Sachin for being the true Superman Dad for his little daughter.
Take a look at how his small 10x10 bedroom now gives so much space and converts into Saanvi’s playroom. 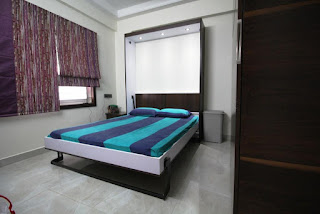 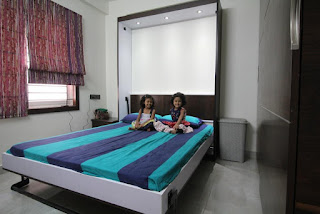 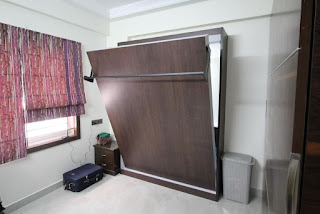 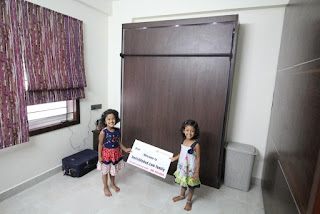